The entire economic landscape, including mortgage rates, has changed this week, starting with the Fed’s talking points on Wednesday. The honey badger labor market is still going strong as we got another solid jobs report Friday, which pushed bond yields higher at first. However, the way the day ended showed that change is coming.

We now have a better idea of what the Federal Reserve wants to do with their Fed rate hikes, and we have a lot of data that shows that the economy will look different 12 months from now. This will be important to think about going into 2023, especially if the labor market does what the Federal Reserve wants it to do, which is slow down enough to create a job loss recession.

This week, Fed Chairman Powell talked about how the Fed doesn’t want to over-hike the economy, which would then force them to cut rates faster later. It affirms my belief that a lot of their aggressive talking points over the past year were aimed at keeping financial conditions as tight as possible until they got to their neutral fed funds rate.

The Fed didn’t want mortgage rates to go lower or the stock market to rally. Now it appears that a 5% fed funds rate is where they want to go. Can they get there with a slower pace of hiking rates? We shall see. The labor market has been one of the two pillars they’re standing on for their aggressive rate hikes in 2022, so let’s look at the job data today.

From BLS: Total nonfarm payroll employment increased by 263,000 in November, and the unemployment rate was unchanged at 3.7 percent, the U.S. Bureau of Labor Statistics reported today. Notable job gains occurred in leisure, hospitality, health care, and government. Employment declined in retail trade and transportation, and warehousing.

Remember, those who get hit the hardest in every recession are those without a high school education. This is why we like the economy to have a tighter labor market, so people of all educational backgrounds can be employed. 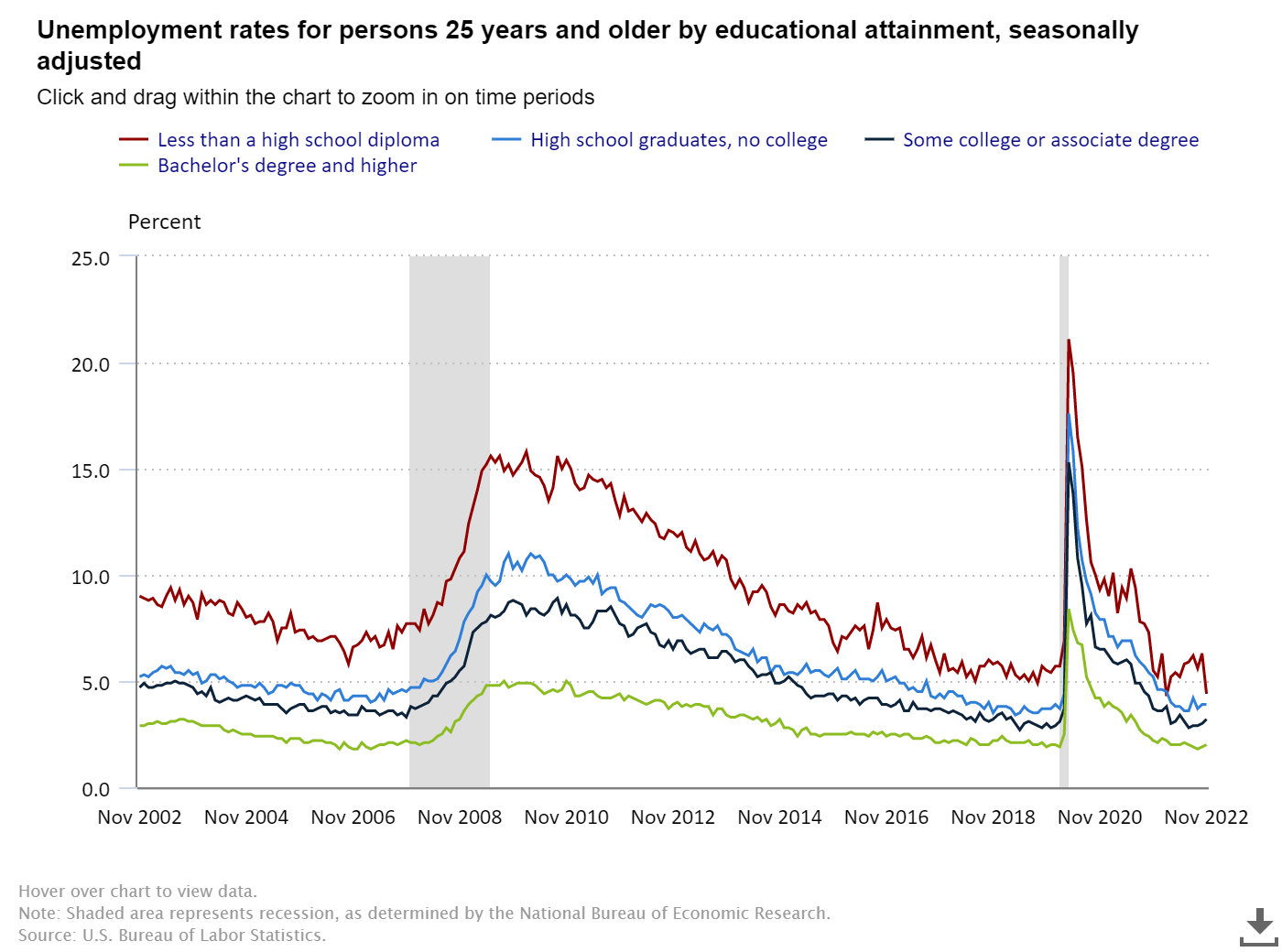 On April 7, 2020, I wrote the America is Back recovery model for HousingWire, which I then retired on Dec. 9, 2020, as the recovery was on solid footing based on my work. It took some time to recover all the jobs lost to COVID-19, but nothing like what we experienced after the great financial recession of 2008. Right on schedule, we got all the jobs back that we lost to COVID-19 by September 2022, and job openings were over 10 million.

Now that those jobs have been recovered, we must be mindful that the job levels are still deficient because we would have more people working if COVID-19 never happened. So, think of it as playing catch up with these job gains. Over time, we will return to our slower and steady job gains if we can avoid a recession. Remember, we had the longest economic and job expansion in history before COVID-19 hit us with a super fast recovery right after.

Some of the weakness in the jobs report is in areas where we have seen headlines of layoffs coming. As you can see below, layoffs in retail trade, transportation, and warehousing have been discussed in the media, and we are finally seeing those jobs being lost in those sectors. 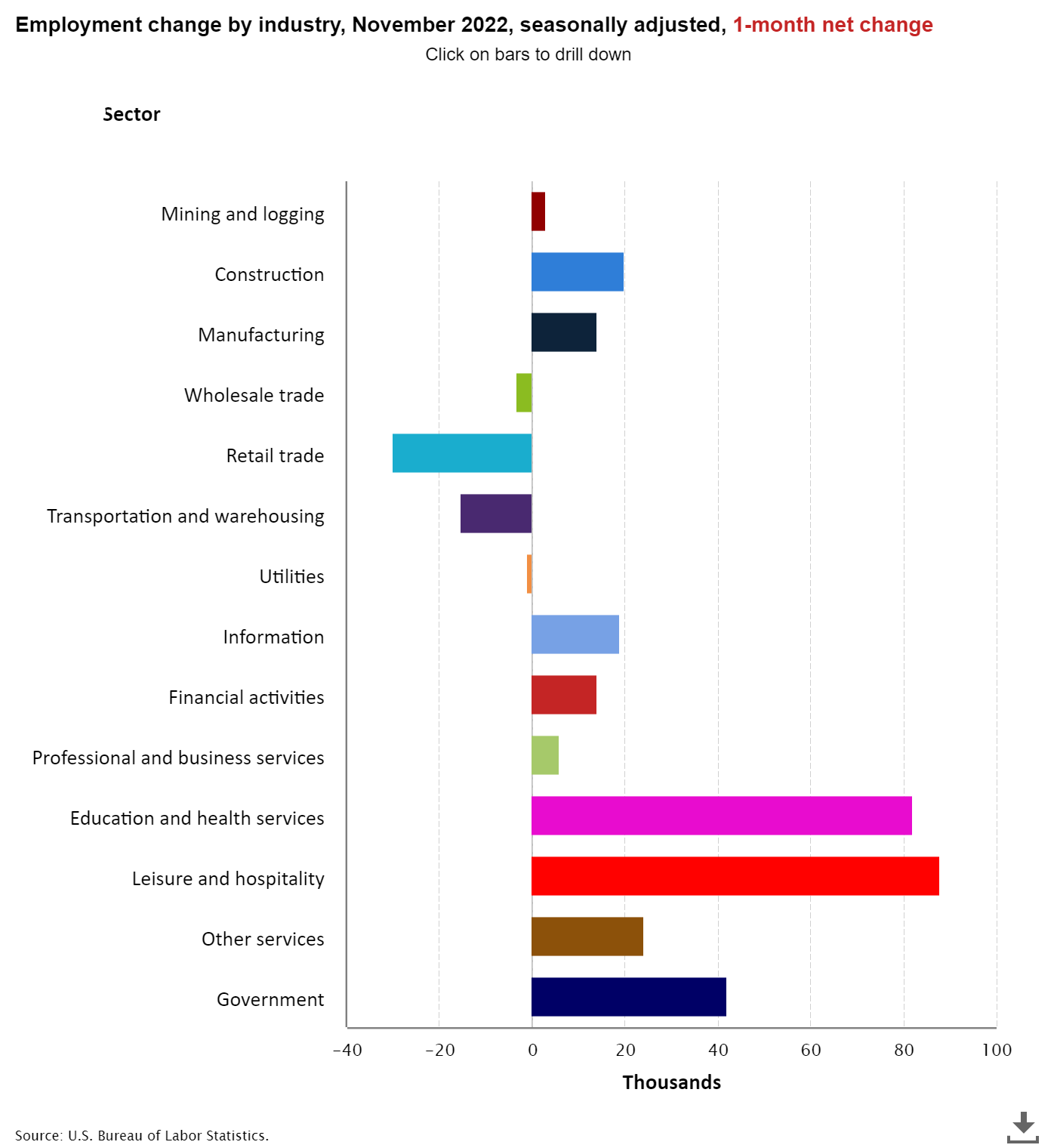 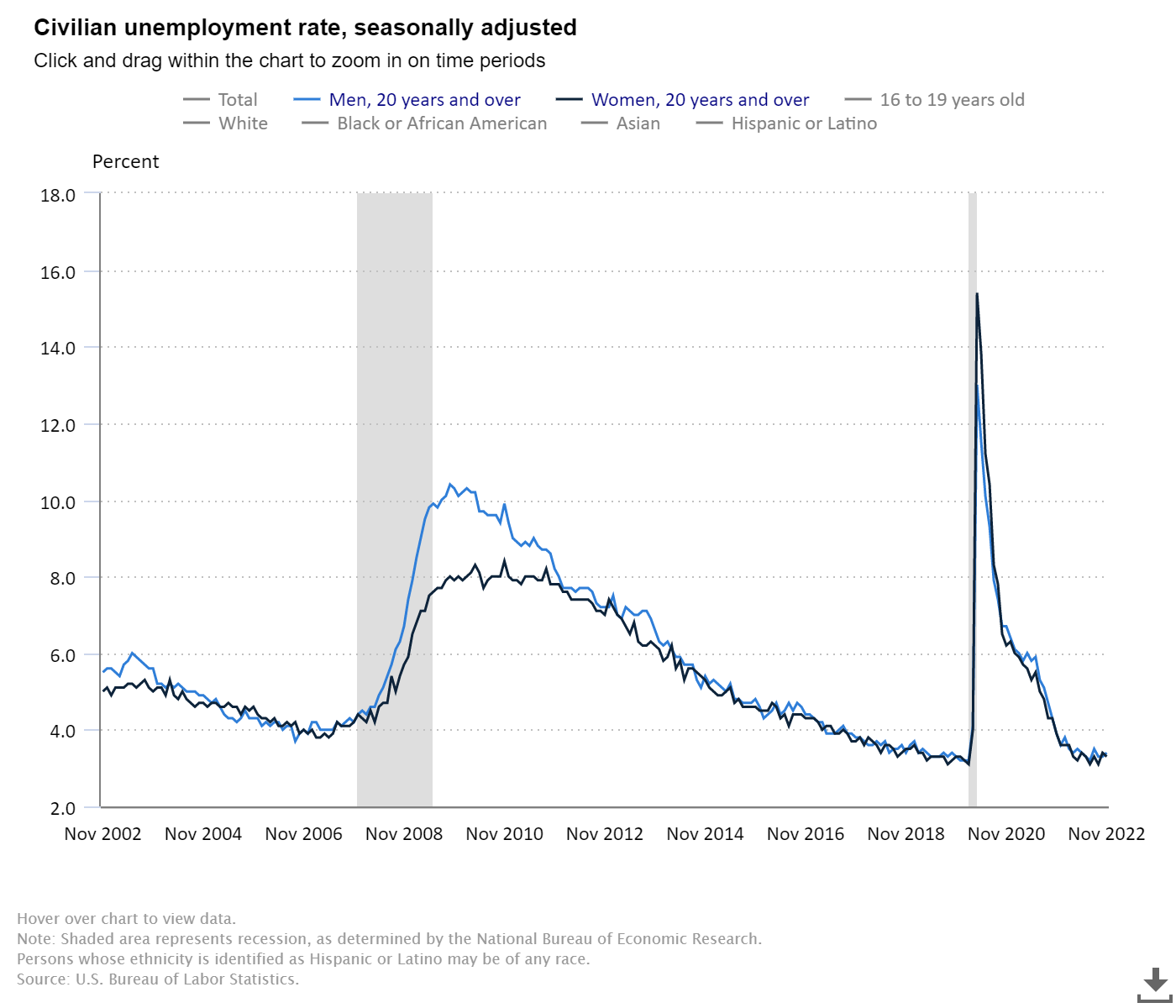 We saw a fascinating bond market reaction today after the jobs report came out. Right after the report, bond yields shot up, which was bad for mortgage rates as rates did go slightly higher. As I write this article, however, bond yields have retraced the higher levels and have gone lower in yields for the day, which is a positive for mortgage rates.

When I talked about the Fed pivot in a recent HousingWire Daily podcast, I mentioned that the bond market would get ahead of the Federal Reserve pivot. As always, the Fed will be late to the game.

The Federal Reserve constantly talks about raising rates based on the solid labor market. Once the labor market breaks, the Fed talking points about being aggressive to fight inflation won’t matter much as Americans will be losing jobs. I believe they know this as well and at that point the Federal Reserve will pivot its language, but the markets will be well ahead of them. 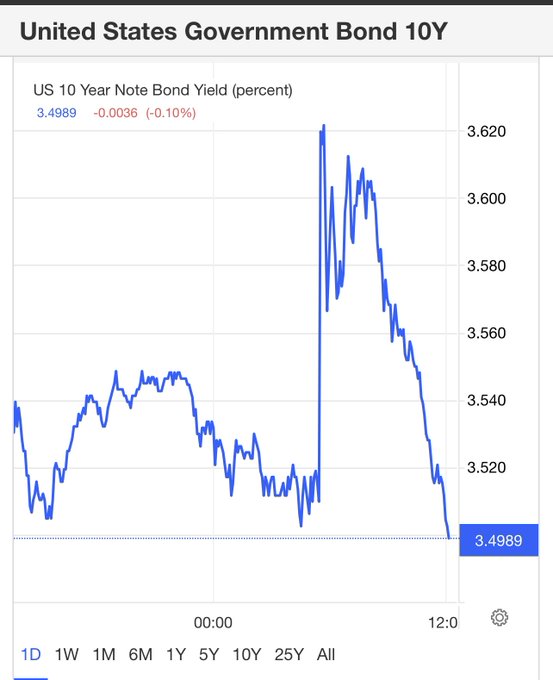 Since I have all six recession red flags up now, I am keeping an eye on jobless claims data first because once it breaks higher, the job-loss recession has begun. This is something we’ve seen in every economic expansion-to-recession cycle.

I recently wrote about what I need to see to avoid the short-term job loss recession. On Thursday, jobless claims data fell again after rising in the prior week to 241,000 and are now down to 225,000. My crucial level here is 323,000 on the four-week moving average for the Fed pivoting, which means something different to everyone.

Overall, this was a good jobs report. Wage growth is a bit hot here, but I believe we have some one-offs in the data that gave it a boost in this report.

Some people look at the household survey data showing more weakness in the labor markets. For those people, at this stage of the economic expansion, with all my recession red flags up, jobless claims are the most critical data line we have. In the rock, paper, scissors game, I would take jobless claims over the jobs data and job openings, which fell in the most recent report

However, the bond market’s reaction today, even after the better-than-expected jobs report, is the real story of the week. A few months ago, a good jobs report would have pushed the 10-year yield up much higher and it would have closed the day higher, which would be bad for mortgage rates.

Today, however, bond yields ended the day down; they couldn’t even hold the gains after the stronger-than-expected jobs report. This is a very big deal from my perspective. Today’s job report and the bond market reaction to it could be an inflection point where the bond market is starting to pivot ahead of the Federal Reserve. The question is, when will the Federal Reserve join the party?